I can testify to this , and am doing my best to get these facts out there . 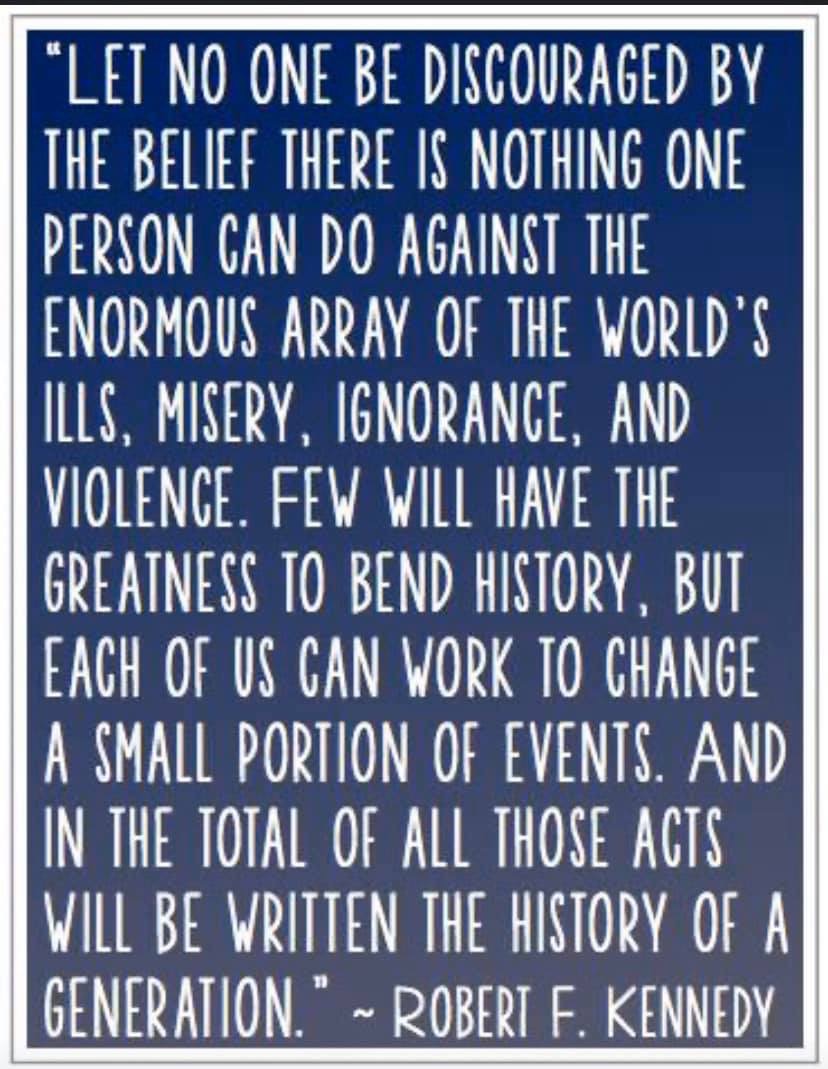 All of the volunteers at Erasing Family wish Everyone a Safe and blessed holiday! We encourage you to send a thoughtful note and invitation to your child; underneath their pain your children still love you. For children who have been erased, your parents love you. No matter how long it has been, it’s never too late to start fresh. We know how painful it is for kids to miss a parent and their family; and for parents to miss their children. It’s time to heal! Join us in shining light and solutions to awaken the world. Everyone needs more love and children need the love of both parents; let’s do this!❤️🙏❤️

In my many moves , lots of paperwork has been involved

as I move an office and a house it has been arduous, costly

and draining ..At some point I can burn these legal papers

and research , as years of documents are saved can be utilized

I am not spartan , I enjoy my things , but certainly can downsize

or replace things , I’m not invested in . My home feels like home

and usually takes 18 months or longer to settle into.

Thus I always have projects .. The homes I have rented

require attention , challenges that slow me down or impede

forward movement and are totally avoidable .

It’s repetitive, and closing/clearing , very similar to the shaky

I give things to folks and don’t hold tight to many things .

Having had the experience of 2 or 3 adults , go through my

things and decide what to keep , and what to allow me .

I believe in abundance , sharing as much as possible , receiving

support and blessings from many sources , as I surrendered

Every 2 year moves , mainly for reasons of personal health

I am not a minimalist. I don’t value empty rooms. I don’t like clutter, either. I like a cozy, spacious, bright, cheerful home. I do not care for the modern fad
— Read on www.elephantjournal.com/2019/09/fck-modern-in-defense-of-antique/

I strongly envision legal codes/law , enacted in the United

I plan to stand for this legislation in my home state of Virginia .

Parental alienation has been defined as the process and the end result of psychological manipulation of a child into showing, unwarranted fear, disrespect, hostility and even hatred towards a parent,
— Read on www.tullahomanews.com/content/tncms/live/

Weaponized Children , can and does #eraseFamiles , in the competing

Narcissists see their children as possessions rather than people, according to a psychologist.
— Read on www.businessinsider.com/narcissists-cannot-love-their-children-2017-7

is common in Mental Wards , where employee are

to degrading conditions , underpaid , and trauma

to be had .. Equal to jail , which my experience

as an induced mental patient , I endured mental

wards in 2 local hospitals , and an overnight in

jail, in a judgement, induced by a Domestic Abuser

to a degree that does not allow its continuation

in our New Earth.. I do what I can to lend my

voice , that the horrific results of Psychology

Psychiatric,Chemical/Big Pharma and a Culture

Of Suicide have had an effect on human kind

that Spirit is transforming . I had no choice

but to survive what erased my voice , as a mental

patient I had no credibility , no rights , and

thus disadvantaged , I was unfit by my partner

who wishes my permanent silence , death

that he can hold secrets of abuses on many

levels , but on high , is demanding loyalty

to him only , separation of mother/child ..

Who I became , upon the evocative PTSD

of addictive RX and Abuses secreted from

childhood , flipping to all manner of fractured

parts , tainted and traumatized 3 I was entrusted

to vessel here .. it’s my job to give them as

much truth as possible , as I am well aware

is worthy of sharing , not as an example

perhaps , as a warning..

Much Better Days than not , I stand still for

5 Investigates has learned that six staff members have been placed on leave while the Department of Mental Health investigates.
— Read on www.wcvb.com/article/shattuck-hospital-employee-accused-of-beating-mentally-ill-patient-in-care-of-department-of-mental-health/28765587

Yesterday was a travel day for me back from the APA convention. Always a delight to see Dorcy. The paper presentation to the APA; Empathy, the Family, and the Core of Social Justice (Childress & Pruter, 2019), represents a major step forward on the path to solution.

In 2017, Dr. Childress and Dorcy Pruter presented to the national convention of the AFCC in Boston:

We have spoken to the AFCC and to the APA.

We are on a path. There are milestones along that path.

The paper presentation to the APA of Empathy, the Family, and the Core of Social Justice (Childress & Pruter, 2019) represents one of these milestone markers.

We have shifted into a new phase.

I have posted a blog of importance, a phase marker along the path of change. It provides a review the prior phases toward solution, and a look ahead to the coming phase emerging now.

Change is coming, the world is changing… because we are changing it.

It needs to change. I didn’t like the rabbit hole of trauma, it’s too crazy there. I’ll bet you didn’t like it there either. Let’s leave.

It’s time to climb out from the rabbit hole, and reestablish ourselves on the foundational ground knowledge of professional psychology.

We’re like a colony of relentless ants, building a chain out, a collaborative chain out of the tunnels and dark holes of abuse and trauma, and back into the world of sunlight and solid ground, foundations to stand on.

The publication of Foundations in 2015, the Petition to the APA signed by 20,000 parents in 2018, the presentations of Dr. Childress and Dorcy Pruter to the AFCC and APA in 2017 and 2019, we are relentlessly creating change.

Because your children need us to, because you need us to. We’re leaving Wonderland and returning to reality, where truth exists and professionals are held to the highest standards of professional practice with children and families, and with the court.

With the paper presentation by Dr. Childress and Dorcy Pruter to the American Psychological Association Division 24, Theoretical and Philosophical Psychology, the earth shifted on its foundations. We are entering a new phase.

My next phase is writing. I’ll be collaborating with Dorcy who will be leading some change processes with mental health and legal professionals in the days ahead.

We are relentless. We will recover your authentic wonderful children.

The matrix of abuses of children has been revealing more

and more of these cases , and I try to focus on the best possible

outcome for the child(ren) who in reality have no rights …

Getting worse before it gets better is upon us ..

Our New Earth 🌏 will not allow these impactful abuses

that can be life long trauma ..

As a parent , as a Mom , witnessing , and the intuitive

knowing , yet not knowing these years of separation

that’s been the weapon utilized , the results of which

are child abuse , with legacies for survivors that are

as if sexually abused .

The circus and the monkeys that assist, encourage , profit

and abuse is extinct .. Facts are facts , and the truth is going

who were misled , and induced into the culture of suicide

that’s conscious and awake , and transforming a horrific

Of this I am 110% sure , and doing my best despite adversities

that include knowing my death is the goal, forgiveness is

not a character trait , certainly not for himself , which is were

Deserving to step out of that matrix , staying with what has

worked in the past , denial of facts , is more difficult

when lying became easier , long ago.

As exampled by this post, purging these toxic abuses , for

awareness of what it is …it is epidemic …

Having been educated in so many ways , it is my job

of , in large part , Faith that I would be shown the truths

and light would dispel the darkness… that our children

matter , that I matter .. To end this malignant , High Conflict

20 plus year effort to target , abuse , exposure with legitimate

facts , which are the unfortunate experience for many families

as many in number come together we are heard ..

This is unfolding , with variable offerings , which can be

extremely expensive at present … As the truth is revealed

education , and training , will include much easier , simpler

modalities , of which I lean into holistically as possible

that allow the empowerment of survivors.

We want the best possible outcome , including the healing

of the deep trauma of the abuser , as we step out of shadow

Just to assure that the best interest of a child , in each of us

to be empowered to survive and thrive in all ways of

Legally Kidnapped: ‘Foster dad begged for custody of girl, 7, he said was in danger then raped her’
— Read on legallykidnapped.blogspot.com/2019/07/foster-dad-begged-for-custody-of-girl-7.html

This is a text widget. The Text Widget allows you to add text or HTML to your sidebar. You can use a text widget to display text, links, images, HTML, or a combination of these. Edit them in the Widget section of the Customizer.
GreatCosmicMothersUnite
Blog at WordPress.com.
Loading Comments...
Comment
×